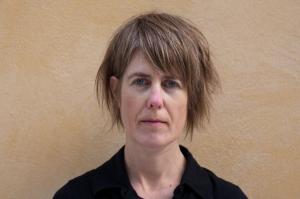 Helena Pedersen is Associate Professor in Education at the Department of Child and Youth Studies, Stockholm University, Sweden. She has a PhD in Education from University of Gothenburg and has held post doc positions at Uppsala University and at Malmö University. Her primary research interests include critical animal studies, critical theory, educational philosophy and posthumanism. Her research focuses on the subject-forming and subject-producing dimensions of the education system, including educational power arrangements working on humans and animals through various forms of technologies and other materialities. She is author of Animals in Schools: Processes and Strategies in Human-Animal Education (Purdue University Press, 2010), which received the Critical Animal Studies Book of the Year Award in 2010. Helena has published in a range of education studies and cross-disciplinary journals; is co-editor of the Critical Animal Studies book series (Brill); serves on the editorial board of Other Education: The Journal of Educational Alternatives; and is co-editor of a Special Issue of Educational Philosophy and Theory entitled “Educational Epistemologies and Methods in a More-than-Human World“ (forthcoming in 2017). In 2013-14, she co-coordinated the research theme “Exploring ‘the Animal Turn’: Changing perspectives on human-animal relations in science, society and culture”, funded by the Pufendorf Institute for Advanced Studies at Lund University.

This project pursues a critical, empirically-based inquiry into animal science education. It explores what happens when we go beyond the idea of education as a binary teacher-student relation, and instead view education as shifting assemblages of humans, animals, technologies, and materialities interacting in a shared space of teaching and learning. What new avenues of critical inquiry may unfold if we view education as acted on by not only sociopolitical, but biopolitical forces as well? Education is here configured not as a coherent institution, but as a set of machines, devices, and technologies accommodating both material and immaterial elements, which open up as well as disrupt relations. The project engages with the works of Gilles Deleuze and Félix Guattari, Michel Foucault, Louis Althusser, and other critical theorists and philosophers who have developed ‚the machinic‘ as a trajectory of thought, with a particular orientation toward schizoanalysis as a mode of inquiry. The project explores the multiple machines driving animal science education: How they work, what connections they make, what pedagogical events they orchestrate, what investments drive them, what relations they enable (or disable), what affects they recruit. Rather than focusing on pedagogical ’improvement’ or meaning-making, the project performs a mapping of these education-machines, as well as the knowledge production processes and desire-flows that traverse them. The project also addresses the larger social, ethical, and political ramifications of animal science education.

My time as a Research Fellow at IAS-STS between October 2016 – January 2017 gave me a great opportunity to work effectively on my book manuscript Schizoanalysis and Animal Science Education, which has now been published by Bloomsbury Academic. My concentrated research time at the IAS-STS was absolutely necessary to finalize this project, and I wish to thank everybody at the IAS-STS for making it possible. During my fellowship period I also enjoyed the friendship and exchange with numerous colleagues. Graz with surroundings is a cultural hub in Styria and a very vegan-friendly city, and all these aspects contributed to making my stay memorable.