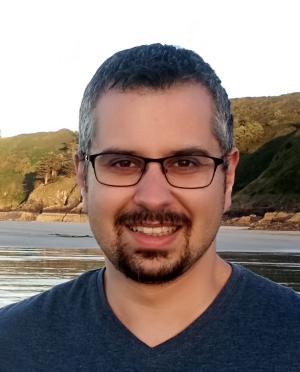 Maël Goumri got a PhD degree in Science and Technology Studies at the Université de Paris. After graduating in Political Science at the university of Paris 8 and Sciences Po Toulouse, His thesis funded by the French Institut de Radioprotection et de Sûreté Nucléaire, dealt with the risk of nuclear severe accident in France and more precisely the way the risk of core meltdown has been treated along the development of nuclear energy. He participated in the collective book lead by Bernadette Bensaude-Vincent, Soraya Boudia and Kyoko Sato, Living in a Nuclear World, from Fukushima to Hiroshima, forthcoming (Routledge ed.). More broadly, Maël Goumri deals with Energy issues with a focus on transition to renewables.

Projekt at IAS-STS: Energy transitions in Europe: controversies on their environmental impacts

Energy transition is a major issue for most of European countries for last decades to fight global warming. It led European countries to set ambitious targets in terms of renewable energy production like France that aims to reach 40% of “green energy” in its electricity mix in 2030. However, despite the “greening” that these projects promise, these policies are highly controversial and not only within conservative parties. My work on the offshore wind craft farm of Saint Brieuc (Bretagne, France) highlighted the large opposition of ecological activists (biologists in particular). They denounced this megaproject that would have large impact on biodiversity. They feared the extinction of very rare species, like “Balearic shearwater” bird as far as the half of the European remaining population is located in this area. I propose to analyse these oppositions and controversies to understand why projects participating to energy transition raise so much opposition and controversies regarding their environmental impact. More precisely, starting from the local environmental controversies, I want to question the capitalistic model used to develop renewable energies and examine them in the perspective of “ecomonisation of the environment” proposed by Dominique Pestre (2008, 2016) and Soraya Boudia (2016).

Coordination of a special issue of the Revue d’anthropologie des connaissances forthcoming, 2021.

“Making the Accident Hypothetical: how can one deal with the potential nuclear disaster?” In Living in a Nuclear World, from Fukushima to Hiroshima, livre collectif coordonné par Bernadette Bensaude-Vincent, Soraya Boudia, et Kyoko Sato., University of Pittsburgh Press, à venir.