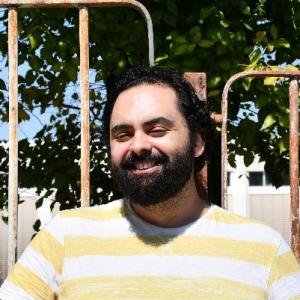 Luis Junqueira is a doctoral candidate at the Institute of Social Sciences, University of Lisbon, Portugal and a grant holder from the Portuguese Foundation for Science and Technology.  He has obtained a BA in Anthropology at ISCTE-IUL and a MA in Sociology at FCSH-UNL. He was a research assistant in the projects “Scientific Societies in Contemporary Science” and “Sociotechnical Consensus and Controversies on Renewable Energies”, both funded by the Foundation for Science and Technology. His research focuses on controversies and social acceptance of renewable energies, scientific collaboration, science-society relations and social network Analysis.

Over the last 20 years renewable energy became a prominent topic of public discussion as a strategic priority in reducing the consumption of fossil fuels, with the dual objective of combating climate change and reducing foreign energy dependence. This dissertation project aims to analyze scientific research in renewable energy as a privileged object for the study of the relationship between science and society - and in particular the transfer of knowledge, political participation, and dissemination of scientific knowledge. The Portuguese context provides the opportunity to study these processes in a semi-peripheral scientific context, conditioned by the research priorities of major science production countries and those defined within the EU Framework Programmes. This project aims to map the evolution of research in renewable energy within the framework of science and technology policy at national and European level; to analyze research collaborations in renewable energy research between Portuguese institutions and their integration into international research; identify the attitudes and representations of researchers in relation to the relationship between science-economy-society, both in terms of technology transfer and of science communication.

Junqueira, Luis. Participation of Researchers in Professional Associations. (2013). In: Associations and Other Groups in Science: An Historical and Contemporary Perspective. ed. Newcastle: Cambridge Scholars Publishing, p. 126-144.

In 2017, I spent 3 very enjoyable and productive months at the IAS-STS. Graz is a beautiful, lively city with great food, wine and hospitality and the IAS-STS has a very welcoming and stimulating environment. The office I shared with the other research fellows was not only a place of knowledge exchange between young academics from diverse national and disciplinary backgrounds but also of a growing sense of comradery developed over shared meals and cups of coffee. The break from daily life and the change in scenery energized me to focus on my PhD dissertation and the discussion during our biweekly workshops was fruitful and interesting. As I was in Graz during May, I was also able to attend the annual STS conference organized by IAS-STS, that not only had interesting communications but proved to be an excellent opportunity for networking with researcher from all over Europe. I’ll always remember my time at Graz - and especially the people I met there - fondly.